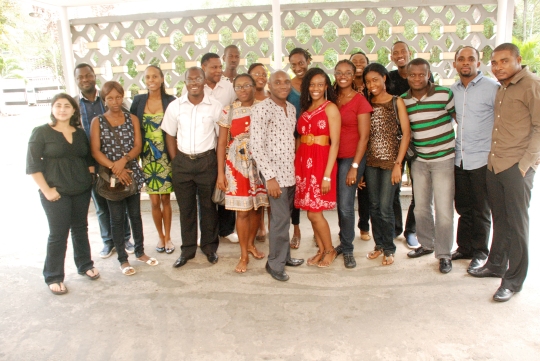 If someone told me when I was five or fifteen that at thirty-two I would sit in an air-conditioned room in Lagos, on Victoria Island, with a woman named Chimamanda Ngozi Adichie and twenty other writers and I would sit for nine days and we would all talk about writing, our own writing and the writing of others, that there would grow a soft place inside me for all the participants and organisers of this strange meeting, that the meeting would come to an end but actually that things like this never end. If someone had tried to convince me of this it would all have sounded rather unlikely. I guess when I was five Chimamanda wasn’t yet Chimamanda the acclaimed author and Farafina did not have a workshop in its name; there was no Farafina, not yet. END_OF_DOCUMENT_TOKEN_TO_BE_REPLACED