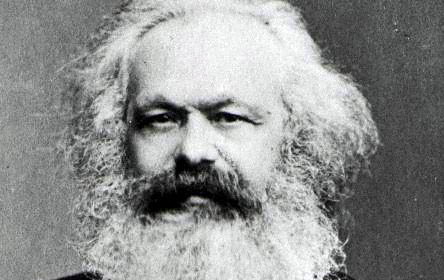 The mainstream (media, experts, free market boosters, etcetera) and rightwingers who usually operate in delusional essentialisms (capitalism eventually works for all of us; if you’re poor, or fail, it’s your own fault; the world’s resources will never run out; trade unions hold people back, etcetera), are second-guessing themselves. In a strange twist, they taken to reading Karl Marx’s critiques of capitalism to make sense of the global economic meltdown. Basically, they’re concluding Marx was right after all. (We’ll leave their motives out of it for minute.)

Karl Marx had it right. At some point capitalism can self-destroy itself because you cannot keep on shifting income from labour to capital without not having excess capacity and a lack of aggregate demand, and that’s what’s happening.

Writing on his HBS blog, Haque–after apologizing for even bringing up Marx’s name–asks: “Was there maybe a tiny mote of insight or two hidden in Marx’s diagnoses of the maladies of industrial age capitalism?” He then takes the reader through some of Marx’s ideas about immiseration, crisism stagnation, alienation, false consciousness and commodity fetish. It is worth repeating some highlights here: