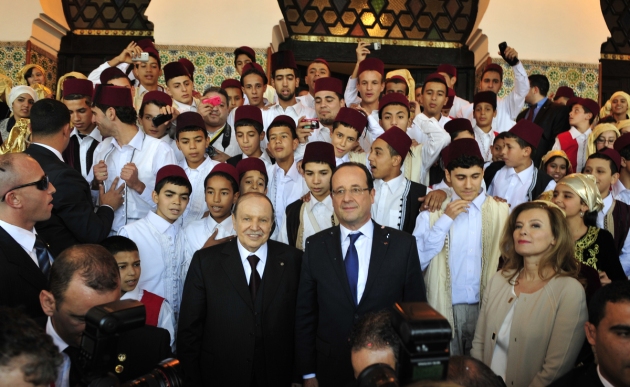 Ah, the warm bath of public affection in the post-colony. French President François Hollande’s visit to Algeria this week was a little odd, on more than one count. Algeria is about the last place you’d think a French head of state would engage in what in American politics is called working the crowd and in French is called a ‘bain de foule,’ or a ‘crowd bath.’ But as le Quotidien d’Oran pointed out, this was not about demonstrating love for the visitor. It was about showing off the authority of President Abdelaziz Bouteflika. By the same token, the two presidents’ display of Mediterranean friendship hardly masked a deep Saharan rivalry. END_OF_DOCUMENT_TOKEN_TO_BE_REPLACED