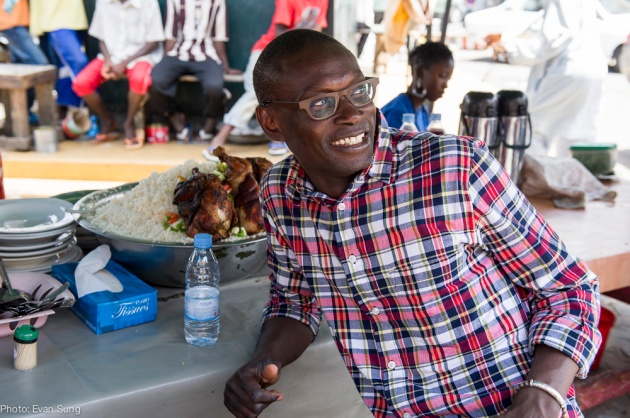 Welcome to the inaugural post of our new feature profiling African foods and drinks (plus other gastronomical related subjects); and the people on the continent and in the diaspora that are defining and reshaping our ideas and tastes of these. We’ll call it “Africa is a Kitchen”. To kick off the series, we will be speaking to a Chef in the diaspora who is defining African cuisine both on the continent and in the diaspora. Pierre Thiam is a chef, restaurateur, and cookbook author. He was raised in Dakar, Senegal. Thiam moved to New York in the late eighties and started working in various restaurants in the city. In 2003, Thiam opened his first restaurant, Yolele, a visionary African bistro and his second restaurant, Le Grand-Dakar Restaurant, opened in 2004 in Clinton Hill, Brooklyn. Thiam now runs a catering and gastronomy consultancy: Pierre Thiam Catering. In addition to his work as a chef, Thiam gives lectures and cooking classes at venues such as the Institute for Culinary Education (ICE) and the International Culinary Institute. A very busy man indeed being a food ambassador for Africa all over the globe including South America and Europe. So we were lucky to catch him for this small chat. END_OF_DOCUMENT_TOKEN_TO_BE_REPLACED