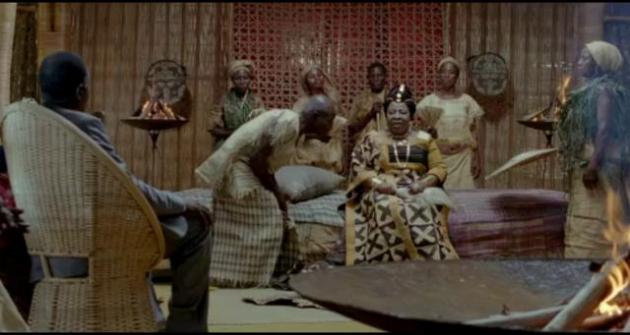 FESPACO, or as it known as by its full name, the Festival of Pan African Cinema in Ouagadougou, opened its 23rd annual edition Sunday. The theme: “African Cinema and Public Policy in Africa.” Created in 1969, it has become the largest film festival on the continent devoted to providing the space for African cinema and attracts film industry professionals from around the world, boosting the international attention afforded to African filmmakers. Held biennially, major hitters in African film have won its top award, the Golden Stallion, in the past several years. Ethiopian filmmaker, Haile Gerima, won in 2009 for his film, “Teza.” Mohamed Mouftakir won in 2011 for his film, “Pegasus.” This year’s FESPACO is supposed to also be the year of the woman.

All of the juries will be headed by women. Algerian director Djamila Sahraoui’s “Yema” opened this year’s competition. Ouardia (played by Sahraoui) is a woman who, suspecting jihadism in her family, has to bury her murdered son. Ouardia struggles to find normalcy, finally concentrating her efforts on reviving a garden.

Gabon is the “guest of honor” at the festival, and will feature seven films in this year’s competition. Feature film “Le Collier du Makoko,” by Gabonese director Henri Joseph Koumba-Bididi, has reportedly broken records due to its high budget.

With neighboring Mali embroiled in conflict, this year’s competition is held with some tension. Michel Ouedraogo, the festival’s delegate general, has emphasized the security of the event. There is one Malian feature length film featured in this year’s competition, “Toiles d’araignées” (Cobwebs) by Ibrahima Toure. Toure’s first feature length, this tells the story of Mariama, a young woman forced to marry an elderly man whom she subsequently rejects, and is consequently imprisoned and tortured.

These highlights are just some of the 169 films (101 feature length) from 35 countries that will be screened over the next week. For the first time this year, an award of 3000 euros will be provided from the Secretariat of the African, Caribbean and Pacific Group (the ACP countries) to the film that best fits with the ideals of the program. The growing prestige surrounding the prize has been the main reason festival organizers have not budged from their requirement of only accepting films shot on 35mm, something not all are impressed with.

Nigeria, home to the world’s second largest film industry, has only one director featured in this year’s competition, Paris-based Newton Aduaka. Some have grown disgruntled with the notion that the only Nigerians featured are those based in Europe. Since most Nollywood films are in digital format, not celluloid, they aren’t eligible for entry into FESPACO. Cinematographer Tunde Kelani said that though he respects FESPACO’s position on accepting only celluloid films, he hoped that they will soon consider the modern trend of using digital.

11 thoughts on “Do filmmakers still care for FESPACO?”