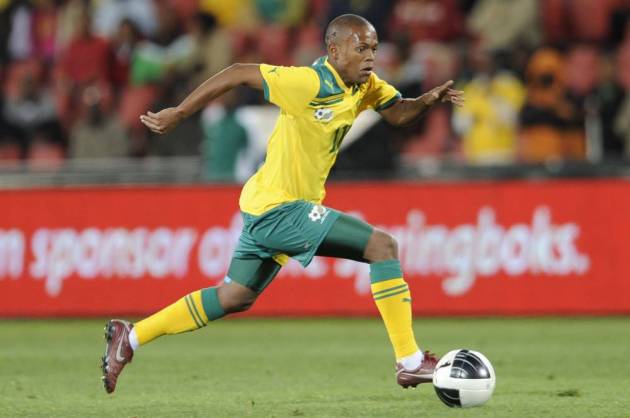 For some odd reason the suits in the South African Football Association chose to put hose nine words together when they drafted a mandate for coach Gordon Igesund when he took over the coaching post on the first of July last year. This with the team having failed to win an African Cup of Nations match in nine years, with eight unsuccessful attempts. Seven months after that mandate was set, ridicule and laughter still follow whoever speak of it as something that can happen.

Ridicule and laughter have been associated with South African football ever since 2010 when they became the first World Cup hosts to be eliminated in the group stages. They grew louder after the debacle in Mbombela where the players danced around, celebrating qualification for the 2012 edition of the Nations Cup which never was as they misread the rules. Now South African football is at an all-time low. A snake’s stomach would be its skyline if it came to life. That’s a good thing.

For a while South Africans have failed to grasp the reality with statistics there to prove it, since the 1996 Africa Cup of Nations, when South Africa beat Tunisia 2-0 in the final, Bafana Bafana have been on a nosedive eventually crashing in Mbombela. Now it’s right in everyone’s face that Bafana Bafana have some serious problems that no coaching change will fix. Safa should know, they have picked 20 different coaches since 1992 with just one title to show for it. The thoughts that the current Bafana Bafana squad can emulate the feat of the class of 1996 by claiming the tournament on home soil is ludicrous but this tournament can lay the foundation for that possible happening in the future.

The players have started to adopt a different attitude which is highlighted by their rejection of getting bonuses for their group stages match, arguing that they would only consider them when they reach the quarterfinals. They said when not if.

Igesund has selected a squad that has players who can play a key role in the rebirth of Bafana Bafana in the likes of Netherlands based Thulani Serero (picture above), 2011 Swedish League Player of the Year May Mahlangu, Tokelo Rantie and skipper Bongani Khumalo. But instead the focus has been this Afcon and the mandate.

Performances in pre-tournament friendlies against Norway in Cape Town and fellow qualifiers Algeria have failed to inspire confidence with many predicting further embarrassment. It resulted in a situation where a portion of fans in Cape Town booed Katlego Mphela when he struggled to find his rhythm even though he was coming from a lengthy injury and has the conversion rate like no other in the national team colours with a goal in every second match. Poor form up front and creativity in the midfield going forward have been the two key problems for some time even during former coach Pitso Mosimane’s era.

The common denominator has been the planning, or lack thereof. When Mosimane took over from Carlos Alberto Parreira his mandate was qualifying for the 2012 Afcon. It didn’t happen. Igesund didn’t have the problem of qualification for the next Afcon when he took over in 2012 (since South Africa were going to be hosts) but was instead given a mandate to at least reach the semifinals. It’s unlikely to happen.

What the nation should do is take a leaf from neighbours Angola, who are in the same group as South Africa (Cape Verde and Morocco), who hired Uruguayan mentor Gustavo Ferrin with a mandate to develop their football for the future. He performed a similar role in his homeland producing the core of players who went to finish fourth in the 2010 World Cup and crowned Kings of South America a year later.

Bafana Bafana make it out of the group stage. Those are the nine words that should have been included when Safa drafted a mandate with a focus to ensure that in 2015 or even 2017 it reads everywhere that, Bafana Bafana crowned champions of Africa.

One thought on “African Cup of Nations Preview: South Africa has to make it out of the group stage”