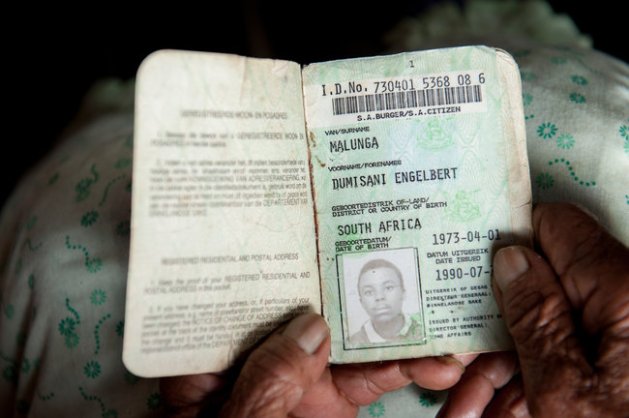 The New York Times correspondent Lydia Polgreen’s report, earlier this week, on the murder of an African National Congress (ANC) candidate for a local town council in South Africa’s Kwazulu-Natal province in September this year has cast the spotlight on how local struggles for resources and power underpin the most recent spate of “political violence” in KwaZulu-Natal. The murdered candidate, Dumisani Malunga, was running as a ward councillor in a town called Oshabeni, and was shot on his way back from a political meeting. Polgreen reports that in KwaZulu-Natal alone, “nearly 40 politicians have been killed since 2010 in battles over political posts.” Polgreen’s article focuses on intra-ANC political violence, but it is worth noting that there has been a significant increase in such killings since a new party, the National Freedom Party (NFP), broke away from the ANC’s rival Inkatha Freedom Party (IFP) in January 2011, claiming the lives of at least 30 IFP and NFP supporters and nearly 40 ANC officials.

Stakes are high in KwaZulu-Natal.

The ANC has less of a monopoly on control of local councils in the province than it does elsewhere in the country (with the exception of the Western Cape). As IFP members defected to the NFP led by Zanele Magwaza-Msibi (a former top IFP official), it quickly became clear that competition for local resources trumped serious ideological contestation. NFP members were targeted in the run-up to the May 2011 municipal elections when I was conducting historical research in communities around the Table Mountain area of KwaZulu-Natal. The NFP won 11% of the votes in KwaZulu-Natal, damaging the IFP’s already dwindling support and enabling the ANC to make significant gains. The new party split the IFP’s support base and the NFP later signed a Memorandum of Understanding with the ANC in at least 20 municipalities where there was no clear majority. But the coalition struggled at the microlocal level, where NFP leaders occasionally cooperated with IFP officials to overthrow ANC mayors. The most recent clashes erupted in KwaMashu near Ethekwini (Durban). The IFP retained control of KwaMashu after by-elections held there on Wednesday this week proceeded peacefully.

What media reports of these “political murders” in KwaZulu-Natal tend to overlook is the need to situate them in a larger historical context. Despite the New York Times’ claim to the contrary, South Africa’s transition was far from bloodless. Violence monitors conservatively estimate that nearly 12,000 people died between 1985 and 1996 in KwaZulu-Natal alone. This regional civil war, known in isiZulu as uDlame, left thousands more injured and displaced. Homes, cars, and other personal possessions were looted and destroyed. The international media labeled it “black-on-black” and “tribal” violence, especially in Gauteng where reports categorized the conflict as one between the Zulu ethnic nationalist IFP and the rest (Xhosa, Sotho, etc) under the ANC. While the most commonly cited explanation for the transition-era violence roots it in this struggle for political supremacy between the ANC and IFP, fueled by the apartheid state’s covert activities, there was often a disjuncture between the national political parties and local actors. From Table Mountain and Durban’s Molweni and Inanda areas to the East Rand townships, “political violence” was inseparable from conflict over the control of local resources, ranging from land and housing to taxi routes. In KwaZulu-Natal, the competition was between isiZulu-speakers. Some of these struggles, particularly those I studied in rural Table Mountain, were deeply influenced by the legacy of colonial and apartheid land, administration, and employment policies that created chiefs, boundary lines, and rural reserves.

As apartheid gave way to democracy, many observers credited President Jacob Zuma (then first an ANC official and briefly as provincial government minister of the province) with brokering the cessation of violence in KwaZulu-Natal. It will be interesting to see whether or not Msholozi (as Zuma is popularly known) heeds the call to return as negotiator. Zulu King Goodwill Zwelithini, loathe to address the persistence of staggering inequalities that foments the current competition for resources, recognizes the continued impact of tensions held over from transition-era conflicts. The Zulu king recently suggested the solution to the bloodshed lies in an umkhosi woswela, a ceremony to cleanse Zulu men of the lingering “evil spirits that breed violence.” President Zuma and King Zwelithini attended a similar reconciliation ceremony in November 2010 in Vulindlela, an area of Pietermaritzburg devastated by the wars of the 1990s.

While these rituals can be important to the healing of still deeply divided communities, the lack of political accountability, access to land, and decent jobs is likely to continue to spark vicious struggles like that which killed Dumisani Malunga. The connection between the contemporary political violence and material deprivation and inequality is undeniable; but these conflicts are not new and are deeply rooted in colonialism and apartheid.

By the way, much of contemporary historical work has overlooked this relatively recent painful era, but for those wanting to learn more about the transition-era violence one might start with Mario Krämer’s Violence as Routine; Gary Kynoch’s “Crime, Conflict and Politics in Transition-Era South Africa”; and Philip Bonner and Vusi Ndima’s “The Roots of Violence and Martial Zuluness on the East Rand” (in Zulu Identities). Not so good would be the work of Anthea Jeffery.